We, the undersigned organizations strongly condemn the defamation campaign by the Egyptian authorities against human rights defender Mohamed Soltan, following the recent advocacy work of the organisation he leads, The Freedom Initiative, in Washington D.C.

These attacks are part of an intimidation campaign against human rights groups and defenders targeted because they have been shedding light on the serious human rights violations in Egypt. Many of these groups have been forced to work outside of Egypt due to the brutal crackdown on civil society and independent nongovernment organizations. We call on the Egyptian government to halt all reprisals and persecution of human rights defenders and independent organizations inside and outside of Egypt.

Mohamed Soltan is a prominent human rights defender from The Freedom Initiative, an independent human rights advocacy group in Washington D.C. He spent nearly two years in prison in the case known as “Raba’ Operations Room,” in which authorities pressed politically-motivated charges in 2014-2015 against scores of critical journalists and political figures for “membership in an illegal group”, “publishing false news” and “planning to overthrow the ruling regime”, among other charges. Some of the charges do not constitute recognizable crimes under international law. In any case, the US State Department, and Human Rights Watch’s analysis of the casefile in April 2015, found that prosecutors failed to present any credible evidence to establish him as a suspect, let alone establishing Soltan’s individual criminal responsibility  for the alleged crimes. An Egyptian court sentenced him to life in prison in 2015.

In protest of his unjust detention by the Egyptian authorities, Soltan entered into an open-ended hunger strike and was supported by a worldwide campaign effort. The U.S. government intervened at the highest levels and successfully facilitated his release and return to the United States on May 30th, 2015. Since his release, Soltan has become a full-time human right advocate relentlessly defending democratic values and human rights.

The Freedom Initiative has worked diligently with Egyptian and international human rights organizations to shed light on the deteriorating human rights situation in Egypt. The organization’s annual flagship event, the Egypt Advocacy Day, involved two award-winning actors who joined over 100 Egyptians and Egyptian Americans from over 25 U.S. states and six countries for meetings with members of the U.S. Congress and State Department. The aim of the meetings was to engage the Egyptian diaspora in the U.S. with their elected representatives on human rights and democratic governance issues in Egypt

In response, the Egyptian authorities have apparently unleashed a systematic defamation campaign against some of those who participated in the meetings and against the organizers, particularly the award-winning actors, The Freedom Initiative and Soltan. The Egyptian government, as well as privately owned newspapers, falsely accused him of being a convicted terrorist, a member of the Muslim Brotherhood and working on behalf of foreign agents. The defamatory statements were reported on government-sponsored media outlets in Egypt and Saudi Arabia.

The coordinated harassment of Soltan is part of a broader repression of rights and freedoms in Egypt and is aimed to stigmatize human rights defenders, both nationally and abroad, and undermine the effectiveness of their work.

We stand in solidarity with Mohamed Soltan, The Freedom Initiative and all Egyptians who peacefully speak out against human rights abuses despite the hefty price. We urge the Egyptian government to respect its obligations under international human rights treaties and the Egyptian constitution, end the crackdown on critics, halt the persecution of human rights defenders and release all those detained for peacefully expressing their opinions. 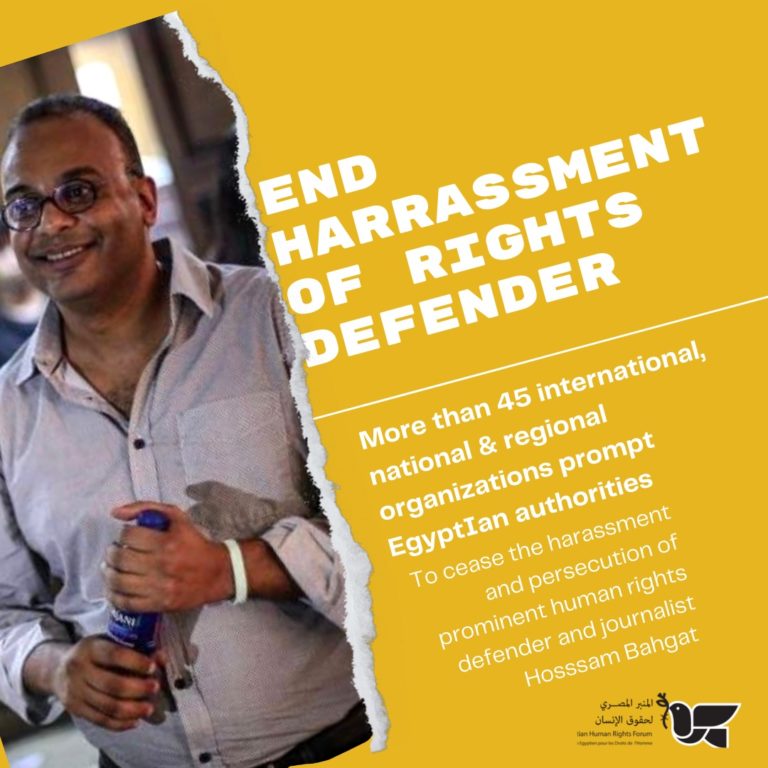 (Beirut, November 15, 2021) – Egyptian authorities have held Salah Soltan in incommunicado detention since June 2020, in conditions that 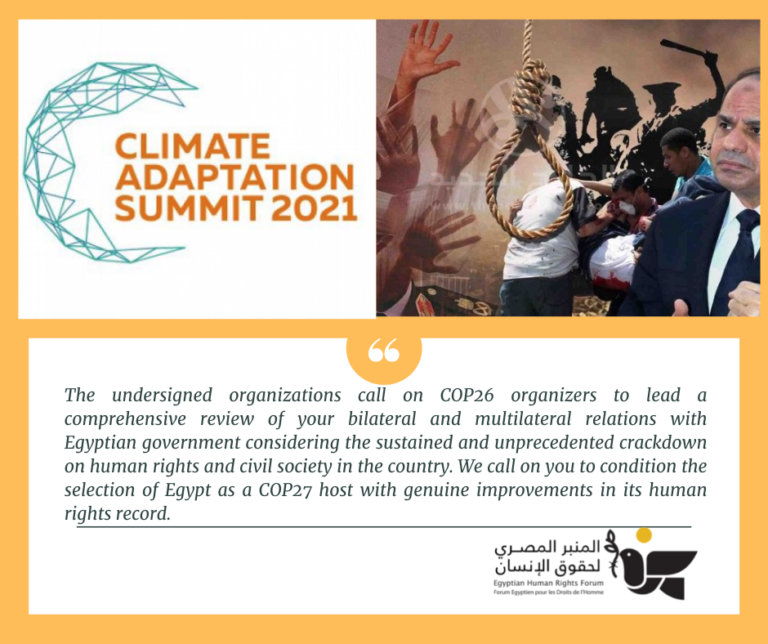 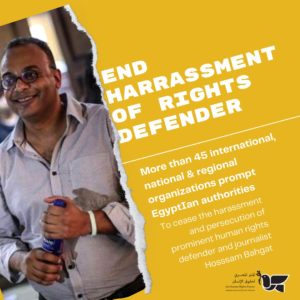 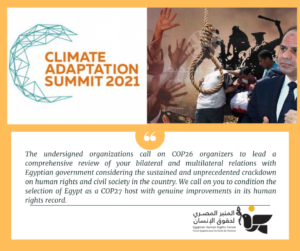