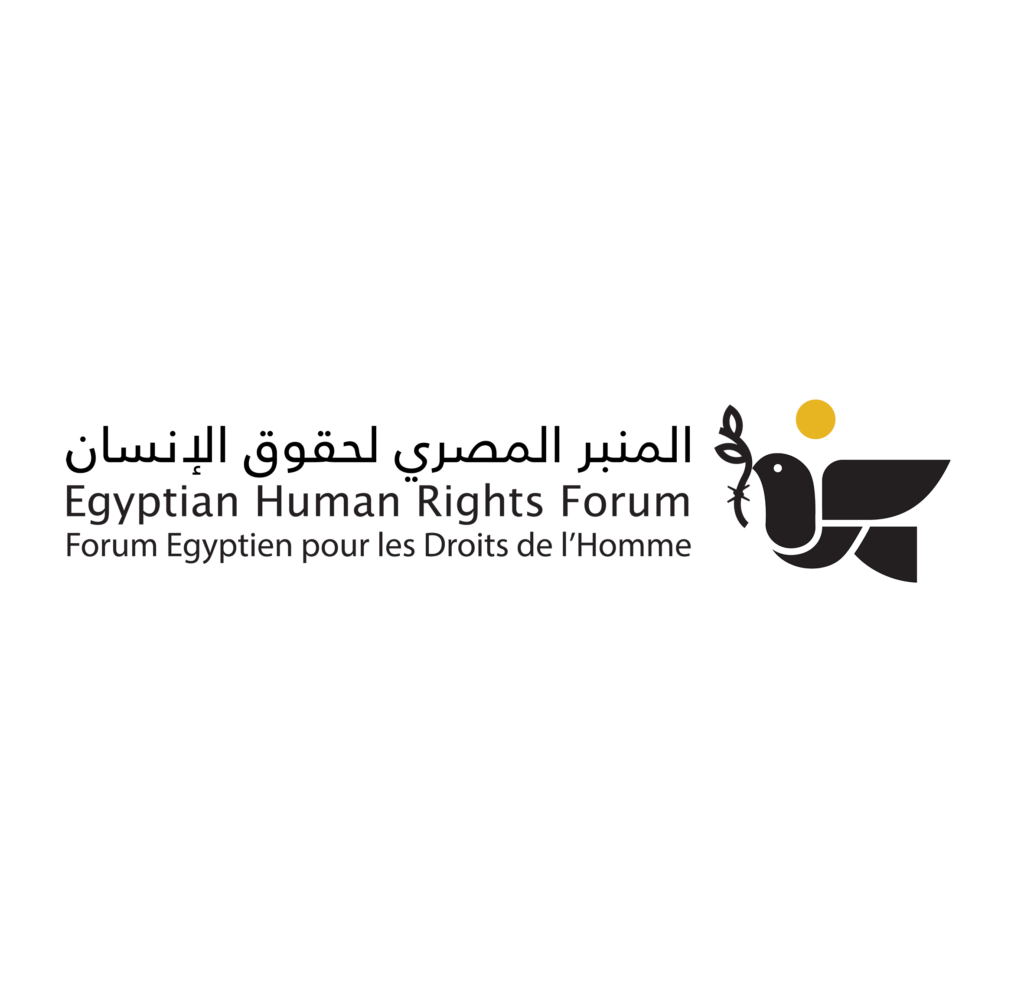 A group of Egyptian human rights defenders have declared the establishment of the Egyptian Human Rights Forum (EHRF) as an independent NGO. Members of EHRF are bound together by an indivisible belief in the universal values of human rights and a shared vision of a political system in Egypt that is founded on the tenets of democracy and representative citizenship. These defenders will coordinate and work together locally, regionally and internationally to address the unprecedented deterioration of human rights in Egypt. In the aftermath of the January 25th, 2011 revolution, Egypt’s human rights situation regressed and began reaching new lows with the ascend of the then-minister of defense Abdel Fattah El-Sisi to power on July 3rd, 2013.

Since then, the regime has adopted a policy of systematic revenge towards a wide range of political, civil and human rights forces. Until now, the regime’s brute force policy has resulted in heinous crimes against the lives and freedoms of thousands of Egyptians. The politicized nature of prosecution of dissidents manifested itself in the form of mass death sentences being handed down, and executions -tantamount to extra judicial killing- being carried out. In the regime’s attempt to legalize authoritarian rule, it has transformed Egypt’s historic justice system into a tool of political repression.

Under the guise of combating terrorism, the regime has passed a series of security-oriented laws to suppress all forms of dissent, and silence any political or civil voices. These laws have done away with the minimal legislative guaranties that once protected the rights of citizens and their basic freedoms. The constitutionally protected social and economic rights of Egyptian citizens have also been subverted, and any calls to to uphold these rights have been crushed. On the other hand, these laws expanded the powers of the security and intelligence establishments over governmental institutions including de fecto control of the parliament and media.

President Abdel Fattah El-Sisi’s plans to consolidate power for as long as possible is long underway. He held sham presidential elections in the first half of 2018 after clearing the playing field by using the security apparatus to silence voices of opposition and legitimate contenders. The elections had no legitimate opposing candidates or impartial observers. Furthermore, in 2019 El-Sisi proposed constitutional amendments that would allow him to stay in power until 2034. These amendments would obliterate the already-limited autonomy of the judiciary and constitutionalize the military’s guardianship over governmental institutions, and future election results.

In response to the aforementioned human rights crisis in Egypt, which has left the fabric of Egyptian society torn and frail, the Forum will prioritize dialogue with political, civil and human rights actors inside of Egypt and in the diaspora. Through dialogue, the Forum intends to achieve a broad consensus on a series of measures and alternatives rooted in shared human rights values. The common ground will serve as a launching pad for political reforms in Egypt, and will assist in preparing scenarios to address the authoritarian rule.

The Egyptian Human Rights Forum (EHRF) was founded as a non-governmental organization, and has brought together a number of human rights defenders from various professional and academic fields, serving in their personal capacities. These human rights defenders are currently residing in Europe and the United States because they have been forced out of Egypt; The political persecution, security threats, and even assassination threats made it impossible for them to pursue their legitimate civil and human rights activism within the severely restrictive authoritarian environment.

The Egyptian Human Rights Forum (EHRF) is an integral part of the Egyptian human rights movement inside and outside the country. The Forum seeks to coordinate with independent Arab and international human rights organizations in order to reinforce the international protection of these rights.

An executive committee (EC) is in charge of facilitating the coordination of the work of the Forum and of supervising its activities. Members of the Forum will elect an executive committee periodically. The current EC includes, Moataz El Fegiery, the treasurer of EuroMed Rights and the MENA Protection coordinator of Front Line Defenders; Mohamed Soltan, the development director of The Freedom Initiative, a US-based NGO, and Karim Taha, a member and founder of several human rights initiatives in Egypt and Europe. Bahey eldin Hassan, the director of the Cairo Institute for Human Rights Studies (CIHRS) was selected as the Forum’s chief advisor.