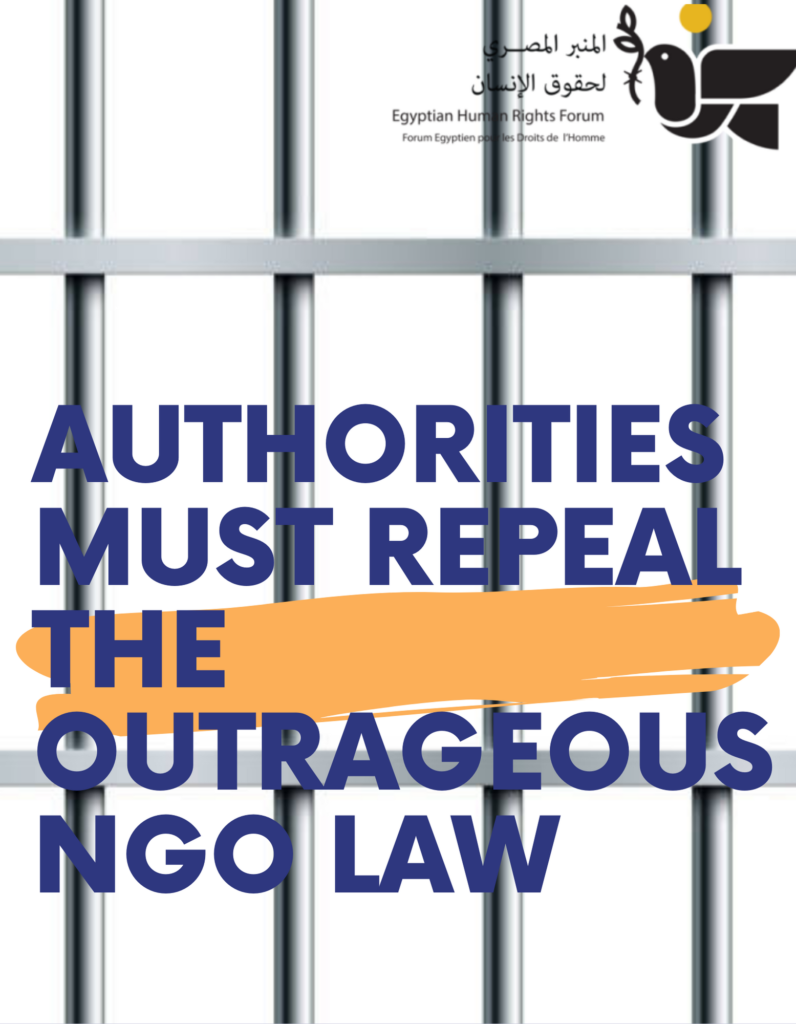 Statement from EuroMed Rights and several organisations concerned about the survival of independent civil society organisations in Egypt.

Since its adoption, Egyptian and international organisations have repeatedly and widely denounced the 2019 NGO Law for violating the Egyptian Constitution and Egypt’s obligations under international law to respect the right to freedom of association. This law empowers the government to deny registration to independent human rights organisations on vague grounds. Only “societal development” work aligned with the government’s plans is authorised, and any civic work that the authorities consider to be “political,” or violating “public order” or “morals” is forbidden. On 12 September 2021, the Egyptian Minister of Social Solidarity declared that CSOs had until 11 January 2022 to register under the Law or risked being dissolved.

For those CSOs that are allowed to register, the NGO Law empowers the Ministry of Social Solidarity to interfere in their work, activities, and funding. It allows authorities to enter premises without prior notice, inspect documents, challenge organisational decisions, and remove board members, among other restrictive measures. In effect, the law strips CSOs of their independence and prevents them from monitoring human rights abuses and holding officials accountable. The legislation further undermines CSOs’ ability to cooperate with local, regional or foreign entities including international NGOs, treats their assets as public funds, and imposes excessive fines for violating its provisions. UN human rights experts have voiced grave concernthat Egypt’s NGO law and regulations are in violation of basic human rights norms, and severely undermines the ability of civil society to operate independently.

The requirement for CSOs to register under this draconian law comes amid the Egyptian authorities’ broader crackdown on the human rights movement. The authorities continue to arbitrarily detain human rights defenders and civil society workers in squalid and punitive conditions of detention and subject others to unjust prosecutions, including by emergency courts. Furthermore, the decade-long criminal investigation into the activities and funding of NGOs (Case 173) is still ongoing. While authorities dropped investigations into 10 organizations, their directors and staff are still subject to travel bans and asset freezes, others remain under investigation with similar restrictions.

In light of these concerning developments and Egypt’s long standing and well documentedpattern of reprisals against human rights defenders, urgent action is required to avert the Egyptian government’s attempts to annihilate the human rights movement in the country.

The undersigned organisations call on the international community including the United States, and the European Union and its Member States to make private and public statements urging the Egyptian authorities to withdraw the registration requirement, bring the legislative framework governing the work of NGOs in line with Egypt’s international obligations and release all human rights defenders and NGO workers unjustly behind bars. They should also ensure that cooperation with Egypt includes benchmarks for freedom of association.

The protracted human rights crisis in Egypt also calls for the international community to support the establishment of a monitoring and reporting mechanism on the human rights situation in the country at the upcoming United Nations Human Rights Council session of March 2022. 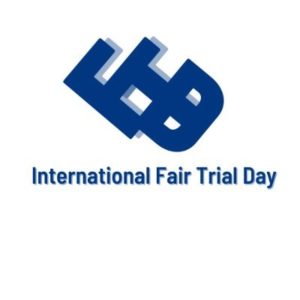 International Fair Trial Day Joint Statement on the Situation in Egypt, the Focus Country of 2022